Refugee Week runs from 19 June to 25 June to raise awareness of the issues affecting refugees. This year’s theme Healing aims to highlight aspects of the refugee experience and help the broader community to understand what it is like to be a refugee. 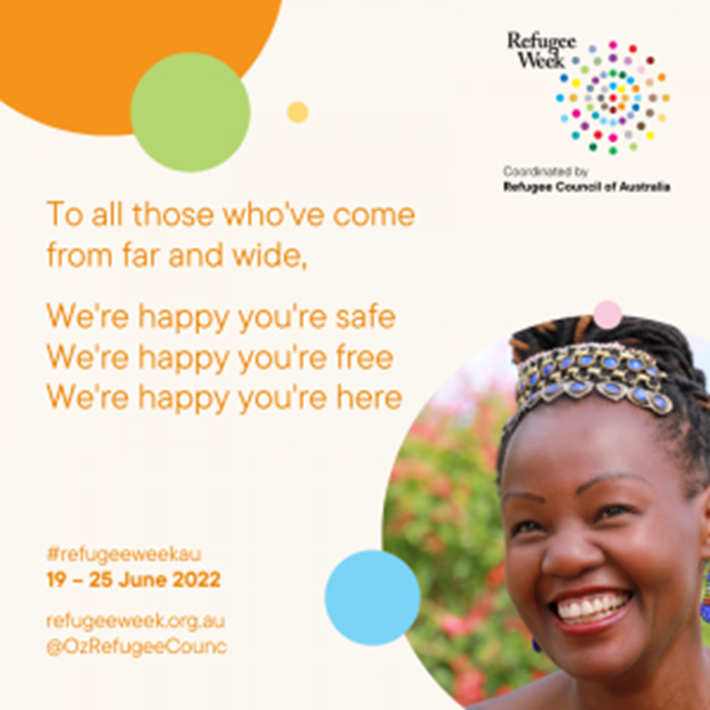 In 2002, the City of Port Phillip declared itself a Refugee Welcome Zone (PDF 205 KB) in support of the Refugee Council of Australia campaign. This declaration formed a commitment in spirit to welcoming refugees into our community.

Who are refugees and asylum seekers

To understand what is meant by these terms, view the Refugee Council of Australia's Get the Facts.

There are many common myths about asylum seekers. For more information about these myths and the facts, view the fact sheets on this Asylum Fact Check page.

Racism. It Stops With Me

The City of Port Phillip is proud to support the Racism. It Stops With Me campaign. We have committed to preventing racism by pledging to undertake activities in support of the campaign.

Racism continues to occur in Australia despite cultural diversity being central to our national identity. A survey by Vichealth with people from culturally and linguistically diverse backgrounds has shown that almost two-thirds have been targets of racism in the past year.

How you can help

The City of Port Phillip encourages your support of newly arrived migrants and refugee families by supporting the work of the organisations below. There are many ways you can help including:

The Brigidine Asylum Seeker Project is a locally-based project that aims to:

The project currently supports people who have been detained in Immigration Detention Centres. They regularly visit asylum seekers at Maribyrnong Detention Centre and take phone cards, tobacco, toiletries, food and clothing to those being detained. The project raises money for bonds that people on bridging visas are required to pay to be released from detention. The project also assists some asylum seekers who have decided to leave Australia because they have lost hope in being given refugee status.

The project also provides assistance and support to asylum seekers living in the community with access to toiletries, food parcels, myki cards as well as assisting with seeking housing and employment.

If you would like to make a financial donation, cheques can be made to Brigidine Asylum Seeker Project. Money received will be used to give practical support to those on bridging visas or those still in detention.

In 2002, the City of Port Phillip declared itself a Refugee Welcome Zone in support of the Refugee Council of Australia campaign. This declaration formed a commitment in spirit to welcoming refugees into our community.

We are working to increase the capacity of our community to accept and accommodate difference among people. We will continue to advocate and address issues of racism and discrimination.

Port Phillip Council considered the issue of asylum seekers at the Ordinary Meeting of Council on 18 December 2006. As a result, the Council unanimously endorsed a public statement supporting asylum seekers and refugees with past and present connections to the City of Port Phillip. You can read the full Asylum Seeker Policy statement (PDF 15 KB).

Other organisations that can help