The City of Port Phillip was formed in 1994 by the amalgamation of the three former cities of South Melbourne, St Kilda and Port Melbourne. European settlement in each of these cities dates from the mid 19th century. Each city was renowned for its distinct identity.

South Melbourne was first known as Emerald Hill, because the hill on which the town hall now stands was a green island surrounded by swamps. The Hill was a traditional social and ceremonial meeting place for a number of Aboriginal tribes. A great gathering was witnessed there in 1840 by early European settlers.

In 1851 gold was discovered in Victoria. Fortune seekers flocked to a tent city which had been erected on the south side of the Yarra, between Emerald Hill and St Kilda Road. This was known as Canvas Town and was laid out in streets with shops, residences and pubs, all under canvas. The first land sales at Emerald Hill took place in 1852. In 1854 Canvas Town was dispersed and many of the inhabitants moved up to the Hill.

In 1854 a residents' meeting was convened to agitate for independence from Melbourne. At this time an act for providing separate municipal boroughs had been drafted and became law on 14 December 1854. Early in 1855 amendments were made to the Act and on 26 May 1855, Emerald Hill became the first area outside the City of Melbourne and Geelong to be declared a municipal district.

This was reflected in the town's motto 'In Ordine Primum', translated as 'first in the field'. On 4 July the first council met and Mr James Service, later to be Premier of Victoria, was elected chairman. In 1863 Emerald Hill became a borough and in 1872 it was proclaimed a Town. In 1883 Emerald Hill became a city and also changed its name to South Melbourne.

A history of the South Melbourne Town Hall designed by architect Charles Webb and opened in 1880.

On 15 July 1842 the Executive Council of the Government of New South Wales, having fixed upon a site for a village to be known as Fareham, approved a plan to change the name of the proposed village to St Kilda. Tradition has it that the name of St Kilda was taken from the schooner 'Lady of St Kilda' that was anchored near the foreshore for a sufficiently long time in 1841 to associate the shoreline with the schooner's name.

The first sale of Crown Lands in St Kilda was held on 7 December 1842. At this time the village of St Kilda came under the jurisdiction of the Corporation of the Melbourne Town Council. The St Kilda residents were unhappy with their lot and from 1845 agitated for better representation.

This was finally achieved when St Kilda was proclaimed a municipal district in February 1857. On 9 March 1857 the first St Kilda Council elections were held. Two days later the seven member council held their first meeting in a room adjoining the Junction Hotel, and elected Councillor Benjamin Cowderoy as Chairman. St Kilda became a borough in 1863 and was proclaimed a city in 1890.

Designed by architect William Pitt, the St Kilda Town Hall was completed in 1890, the same year in which St Kilda became a municipality and was renamed the City of St Kilda.

A Century of Progress and Development

Published in 1957 to celebrate the centenary of the formation of the St Kilda Municipal Council.

Port Melbourne was first called Sandridge after the ridge of sand dunes along the beach. In 1839 Wilbraham Frederick Evelyn Liardet arrived with his wife and family and set up home at the beachfront. Liardet has been called the father of Port Melbourne for his many innovative and entrepreneurial ventures which included building the first rudimentary jetty and providing a mail service to Melbourne from the port.

In 1850 the first land at Sandridge was sold, although the area had been surveyed as early as 1839. The most distinguishing feature of Sandridge at the time was the great saltwater lagoon as large as the settlement itself. The importance of Sandridge as the port for the metropolis was underlined when the first passenger railway in Australia was opened on September 12, 1854. It ran from Melbourne to Sandridge.

On 13 July 1860, after some agitation for self-government, Sandridge was proclaimed a municipal district. William Morley, a local coal merchant, became the first Chairman of the Council. Sandridge became a borough in 1863, and in 1884 changed its name to Port Melbourne. In 1893 Port Melbourne became a town and, on 14 May 1919, was proclaimed a city.

The first Council offices opened in 1861, located on the corner of Bay and Graham Streets, Port Melbourne. The first community hall was built in 1869 on the current site of the Port Melbourne Town Hall. In 1881 the addition of the grand building in front of the hall brought the council chambers and offices to the site.

The Victorian Government appointed three Commissioners to act in the place of Councillors. In 1996 the first Port Phillip Council was elected and the administrative centre for the city became the St Kilda City Hall.

Port Phillip was such a diverse mix of cultural landscapes that it was recognized early on by the Council that in order to keep these vibrant old suburban communities separate but cohesive was to inaugurate a neighbourhood plan. This was a strategy that has worked well. The City of Port Phillip currently has nine neighbourhoods, each with a distinct cultural flavour:

Stories about Port Phillip's heritage as told by Port Phillip residents. The stories take many forms, including oral history, personal reminiscence and creative accounts. Please enjoy this growing archive, and perhaps consider contributing your own story.

Montague: a community lost and found

Montague, a tight-knit enclave of South Melbourne from 1883 to the 1960s, left a legacy of rare community spirit and an indelible sense of identity. 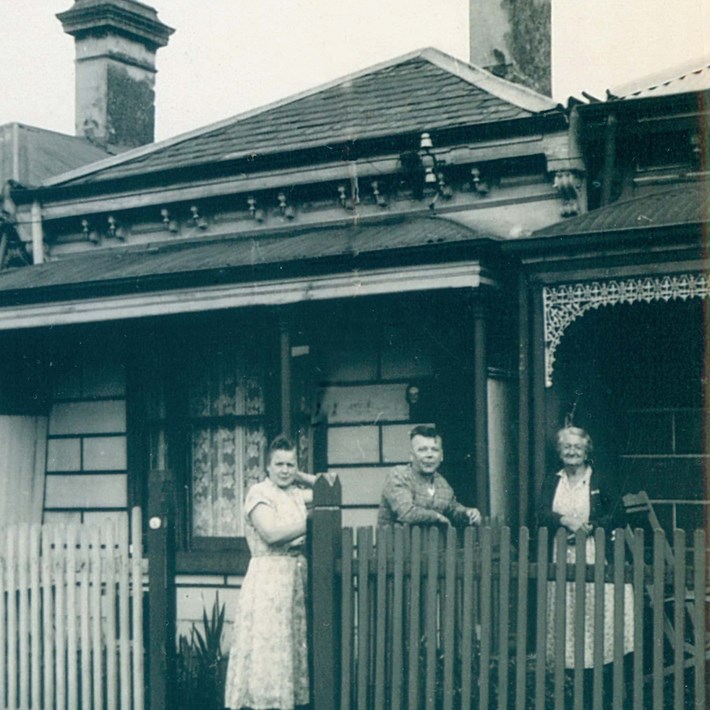 The Gatwick: home is more than four walls

The Gatwick Hotel, designed by Architect Harry Raymond Johnson opened for business on Fitzroy Street, St Kilda as a luxury residential hotel in 1937. It closed its doors in 2017 after 40 years as a rooming house run by the Carbone Family and their daughters Rose and Yvette.

The Gatwick: home is more than four walls was filmed and produced by Rachel Edward and Robyn Szechtman prior to the Gatwick's final closure.

The Gatwick: home is more than four walls was filmed, edited and directed by Rachel Edward and produced by Robyn Szechtman. 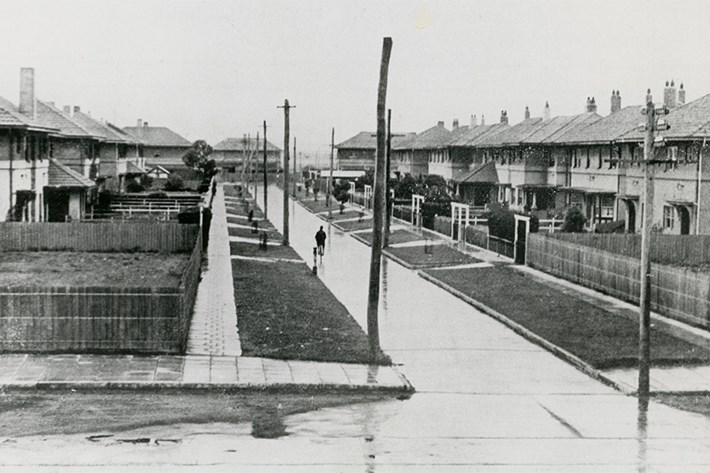 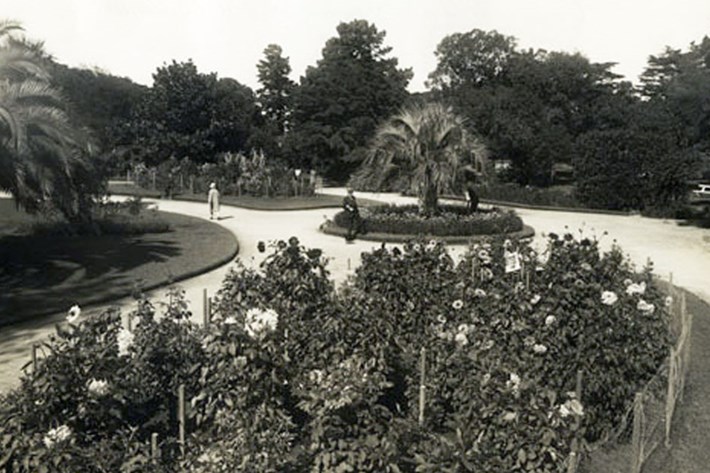 The Living Heritage Project aims to acknowledge people, within their lifetime, who are active in the community and whose knowledge and way of life contribute to the sense of place and history in the City.

Dugga and Frances Beazley was a long-term residents of Port Melbourne. He operated a prominent and successful family business, and was a highly experienced members of the local fishing industry.

Dot (Anderson) Elsum grew up in the C. H. Anderson bakery in Moray Street, South Melbourne. This interview focuses on Dot's recollections of her childhood growing up in the bakery, her family background, social and community life, going to school and South Melbourne during the Depression.

Roger Backway was born in 1938 in Melbourne, and has lived almost all his life in the Elwood area. An electrician by trade, and an avid collector, he shares stories of childhood games, the beach, sailing and hunting, treasures unearthed in the water and on the land, the development of and changes to the neighbourhood, life on the bay and more.