Below are the latest actions from the February 2022 Climate Action Update.

Investing in our assets

Working with our community and partners

Changing how we deliver our services

What we have done

Recent examples of how we are fostering a greener, cooler, more liveable City:

We worked with the University of New South Wales to map and model heat in South Melbourne to understand what could be done to reduce heat in the area and create a comfortable and liveable precinct for residents, workers and visitors.
On the ground research, future climate projections, and leading-edge scenario modelling has delivered cooling recommendations for South Melbourne that modelling indicates could deliver a cooler, more liveable precinct.

Identified as a heat hot spot due to land use, demographics and ambient temperature, Council wanted to gather suburb-specific heat data and model what could be done to reduce heat in the area and create a comfortable and liveable precinct for residents, workers and visitors.

The ‘Cooling South Melbourne’ study involved the use of aerial thermal mapping and on ground sensors to determine current heat profile. This data, along with a 3D model of the study area, enabled cooling intervention scenarios to be modelled. These intervention scenarios determined by Council and researchers, include increasing public and private urban greenery, changes to street, footpath and roof materials, water misting, and combinations of these.

The results show that all cooling intervention scenarios can effectively reduce street level air and surface temperature under current and future conditions.

Increasing urban greenery in the public realm and the addition of cool materials for all streets, footpaths and private hard surfaces was highly effective at reducing street level air and surface temperatures, especially in business and retail precincts that have wider, unshaded streets.

The most effective intervention scenario was the combination of all mitigation strategies including water misting sprays, which had a significant localised cooling impact on street level air and surface temperatures.

The analysis and recommendations regarding built form and public realm interventions provided through the study, will inform an updated South Melbourne Structure Plan (2007).  Identified as a growth area, a key challenge for Council is to manage this future growth and redevelopment in South Melbourne in a way that does not limit its ability to mitigate and adapt to increasing heat. The findings from this study are not just South Melbourne specific, but are applicable across the whole of the City.

These nine scenarios and their cooling potential have also been integrated into the online and interactive Microclimate and Urban Heat Island Mitigation Decision- Support (UHI-DS) Tool. 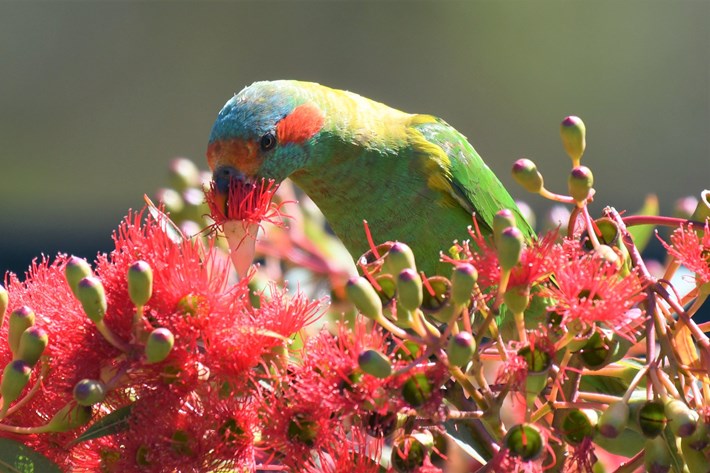