In 2018, we commissioned the Melbourne Sustainable Society Institute at the University of Melbourne to investigate the environmental impacts of urban lifestyles in the City of Port Phillip.

This research is reported in the City of Port Phillip Eco Footprint report.

1. The city’s current and future environmental footprint – the natural resources required to support urban lifestyles and the greenhouse gas emissions and waste generated.

2. Opportunities to reduce this footprint and increase the sustainability of the city. 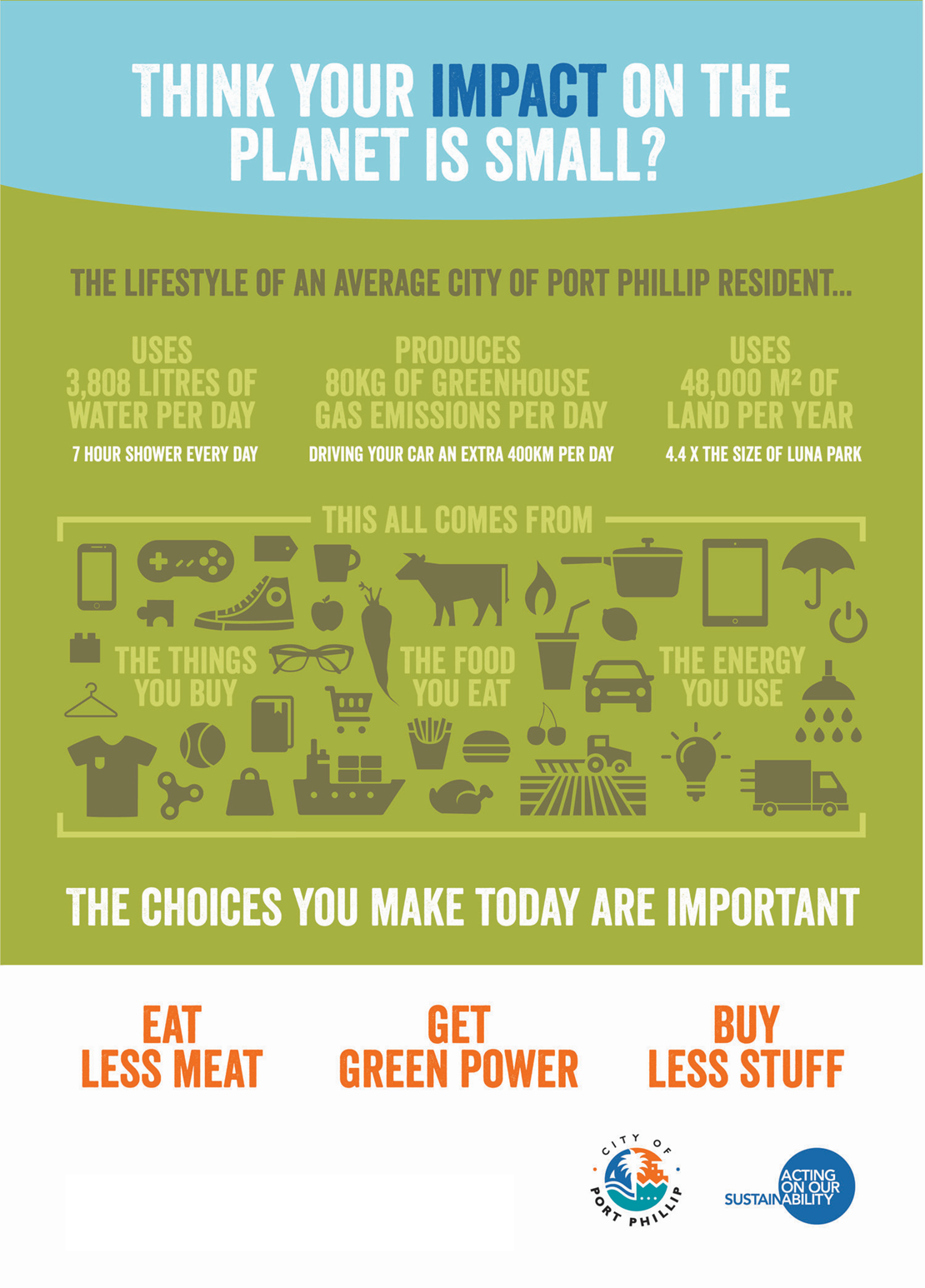