I never used to like dropping my son off at childcare. I would say goodbye with a reassuring hug and a big smile but I never felt comfortable with it. It’s a big deal to trust somebody else with your child. Today I visited Albert Park Kinder (APK), a Seedlings centre, and met the Director, Jenny Whelan. We spoke all things education, sustainability and life. She gave me a tour of the centre and I got to meet some of the children. After meeting Jenny, the other educators and the kids, I left feeling reassured that I would have felt very comfortable about dropping my son off at APK. 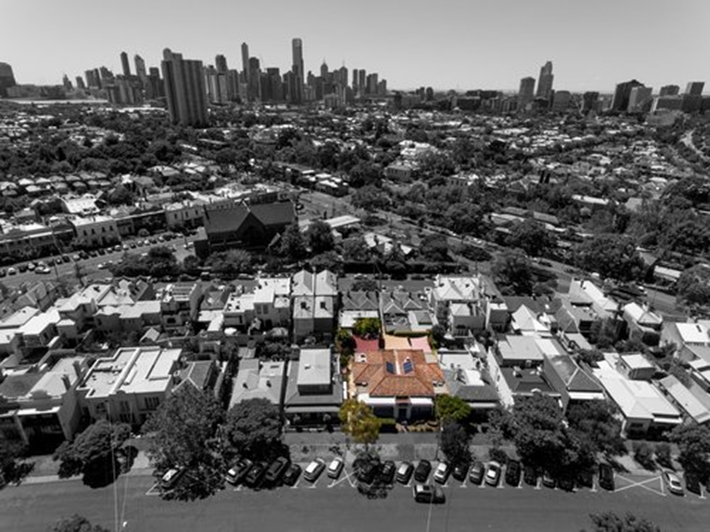 Jenny grew up in The Otways, surrounded by pristine forest, rolling hills and bird song. She calls it the most beautiful place in the world. She’s carried that love of nature with her ever since. It’s that love, that with the help of her team, has helped to fuel the transformation of Albert Park Kinder from an also ran to a sustainability leader.

I saw photos that showed how the outside space has been transformed over the past five years to the now vibrant, colourful home to plants, flowers and worm farms, that mesmerises the kids. Verity McLucas, the Seedlings Program Manager, shows me an impressive graph highlighting Albert Park’s ever decreasing use of gas, electric and water.

I’m delighted to find out that it isn’t the educators that read the meters, it’s the children themselves invested in trying to get ever smaller numbers. In one year they reduced their water consumption by 64 per cent, electricity by 24 per cent and their gas by 76 per cent. On 7 June 2018 they took another step towards realising their dream of carbon neutrality when they turned off their gas. They now use a combination of solar energy, battery storage and green power.

The Kindergarten’s commitment was further demonstrated when they employed their own Sustainability Officer. Camille worked in close partnership with our own Brett Hedger to lead embedding sustainability throughout the curriculum, whilst chipping away to reduce their energy use, water consumption and waste.  When Camille moved on to a new role earlier this year, the service recognised there wasn’t a need to employ a new Sustainability Officer because under Camille’s guidance and leadership, the baton was picked up by all the other staff, the vision had trickled down not only to the kids but to all staff too.

Sustainability at Albert Park Kinder is not there simply to dazzle prospective new parents or to pad out their curriculum. It’s about inspiring the next generation to take care of their planet. The staff recognise that children already have a curiosity for the natural world, all they have to do is not get in the way of it. From purchasing non-toxic paints and working with Indigenous experts to design a Bush Tucker garden to installing solar panels and disconnecting their gas, sustainability and a love for our planet is evident throughout.

When I ask Jenny for an example of something she has seen or heard from the children, to highlight the importance of what they are doing, she recalls the time a four-year-old girl told her she was going to paint love. She drew a beautiful big red heart and out of the top was growing a plant. I immediately understood why this was the moment that sticks in Jenny’s memory, we share the view that love and sustainability are inseparable.