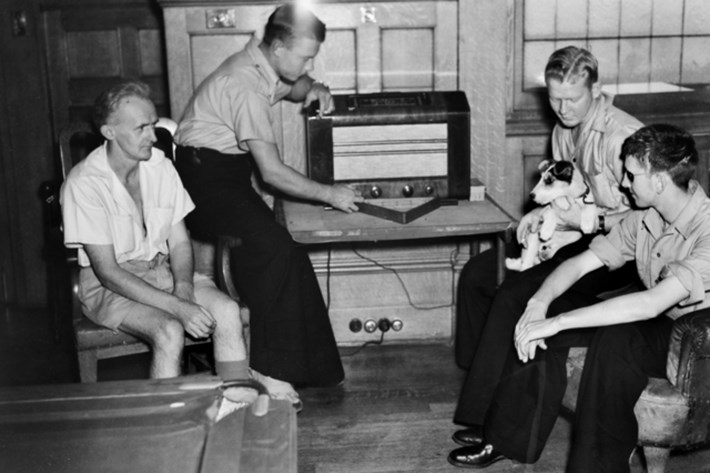 'Through childhood eyes: hidden stories of World War Two' is a 17 minute auditory experience created from the real-life memories of current and former residents. The stories have been brought to life by the students of Middle Park Primary School and Albert Park Secondary College.

The archival recordings are extracts from Prime Minister Menzies' declaration of war speech 3 September 1939, Prime Minister Curtin’s announcement that Australia is at war with Japan 8 December 1941, and Prime Minister Ben Chiefly announcing the end of the war against Japan 15 August 1945. All files are from the National Film and Sound Archive collection.

You can also download the audio transcript (PDF 50 KB).

If you would like to contribute your recollections of World War Two in the City of Port Phillip, please contact us via our Online Services.