Pat Zangiacomi grew-up in Elwood with her mother, father and grandmother.

She was an only child and while her mother worked long hours in their family milk bar business, Pat was looked after by her grandmother.

Life in Elwood was much different then and there were corner shops on almost every street.

"I remember – growing up – seeing those shops, the milk bars, delis and grocers. Packages were packed in paper bags or tied up with string, and I can recall the delicious smells of ham, cheese and bread."

Pat also has fond memories of the draft horse and cart that would come by to collect the rubbish, and of Clarrie the baker and his horse and cart delivering fresh bread. 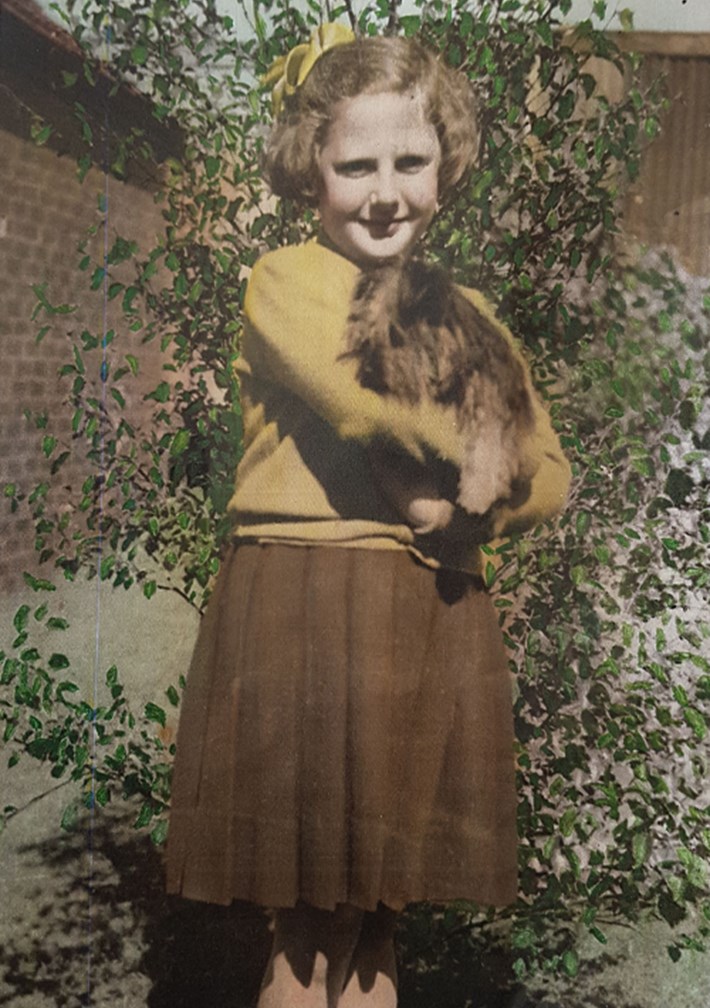 Pat's dog Paddy, an Irish terrier, would jump up into the cart, and sit behind the horse and ride along with the baker.

Attending the local picture theatre on a Saturday afternoon was very popular with the local children. Pat remembers the Saturday matinees at the Broadway Theatre in Elwood.

Pat was still a small child when World War Two began and her father went to work in Darwin as a carpenter, part of the civil engineering corps. He was there when Darwin was bombed in February 1942 and came home the following year very badly affected.

While she was told little of the events of the war, Pat still picked up on the tensions and anxieties of the adults around her. "I was very scared as a young child. I can remember hearing the drone of planes overhead and Mum saying it was only the seagulls. But I knew that it wasn't."

Like many families, the impacts of the war continued on in Pat's family, long after the last shot was fired.

Pat recalls trips with her grandmother and other family members to Western Port, where they explored the beaches still scarred with remnants of the war years, such as half buried barbed wire and exposed trenches. "I remember birds used to lay eggs in those trenches, blue eggs."

Pat was also given a memento of the war by a returned soldier, a Japanese silk handkerchief with a geisha on it.