Mary was born in Albert Park in 1928, in a private hospital in Kerford Street. Her parents both came from outside the area but were married in Middle Park before moving to Albert Park.

Her father was the original curator of the South Melbourne tip, but he suffered from tuberculosis and died shortly after the war began in 1941.

Mary's mother worked as a tailoress. Mary was 11 years when the war started and grew up quickly. Her mother was very reliant on her, especially after her father died.

Mary attended the Brigidine Convent School in Albert Park and finished school in 1943. It was a rather abrupt ending. Mary recalls arriving at school one day and being told by the teacher that she had a job interview that afternoon.

"I went home and got changed, then caught the tram into Melbourne." 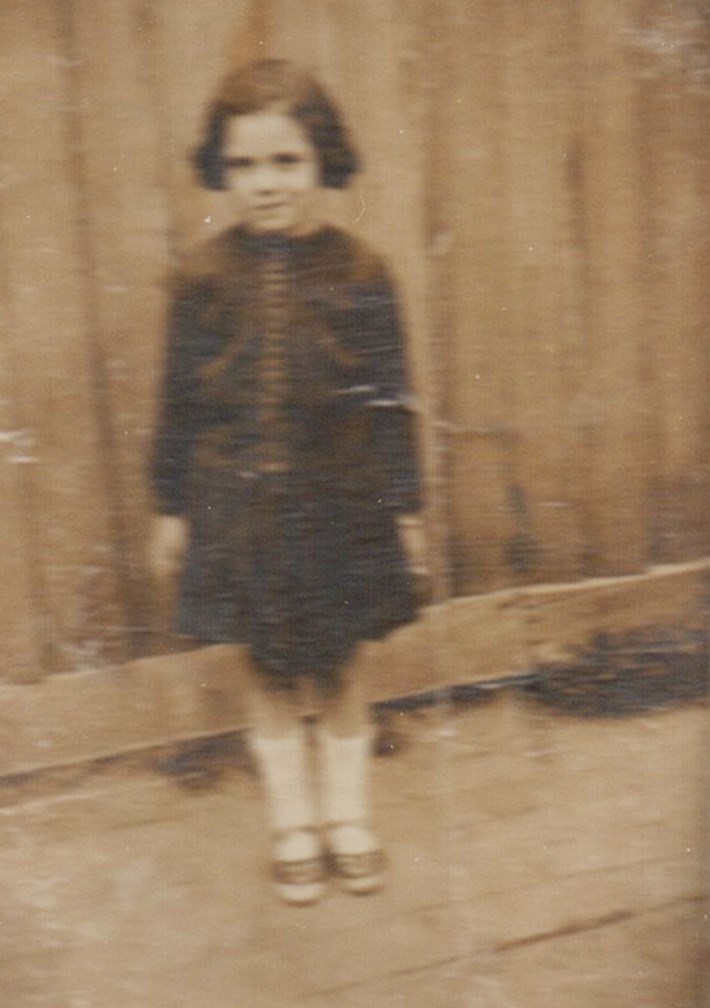 Mary was hired as a junior for a firm in Flinders Lane and began her working career at 15 years of age.

"I had to learn the job in a week because so many of the other staff members were going off to enlist in the air force and join the war effort."

Every Friday, Mary and her work colleagues would go and watch the soldiers marching along Swanston Street heading off to join the war. "We had little Australian flags we made to wave and cheer them along. It was quite exciting."

But there were challenges during the war years too. Rationing of tea, butter and sugar as well as fabric and clothing. Mary was lucky having a mother who was a tailoress. "She made all of my clothes, and during the war years, Mum would cut Dad's old socks down and sew them into new socks for me."

Whenever the air raid sirens went off, residents had to get off the streets and follow the orders of the air raid warden. "We had air raid shelters around the streets, but we never had to go into them." Mary remembers hearing about the murder in Albert Park and the rumours that it was committed by an American soldier. She also recalls when the Japanese bombed Darwin.

Mary caught the tram to and from work during the war years, but the day the war ended she walked all the way home from the city to Albert Park. "There were so many people dancing in front of Flinders Street Station that there were no trams in sight. I remember having to fight my way through the crowds to get home."

Mary's connection to war continued years later, when she met and married her husband Bob. Bob served in the war and spent time in Borneo, but Mary knows little of his experiences because he never talked with her about the war.