Margaret grew up in St Kilda Junction where she lived with her parents and her nine siblings.

Her parents ran a confectionary store on Wellington Street and her family lived at the back of the store. The shop was across the road from the St Kilda football ground and, during the war, Margaret can remember trenches dug along the edge of the football ground.

These wide, deep, open air raid trenches were a feature of the landscape and remained there for some years after the end of the war.

Margaret was four years old when the war began, but like many children during this time, she grew up quickly. 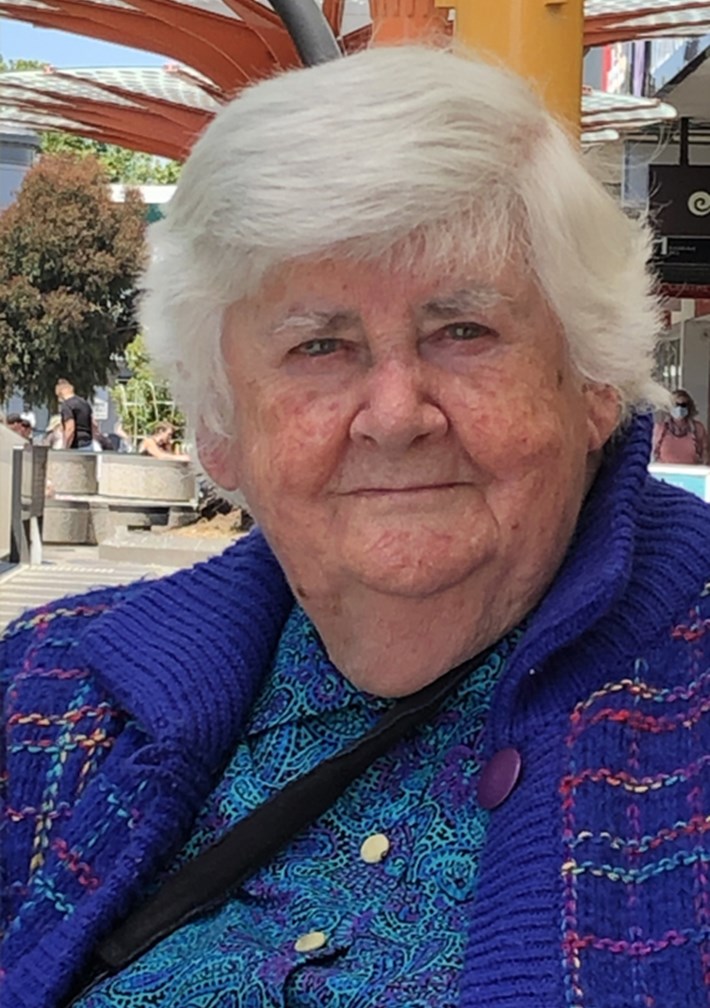 Margaret can remember hearing about the Japanese submarine in Sydney Harbour. "That really scared us all."

With her family's shop located so close to the Albert Park barracks, it became popular with the American soldiers stationed there. Sometimes she would see search lights from the barracks criss-cross the sky at night looking out for enemy aircraft.

Margaret remembers her father was particularly concerned when the Americans arrived in St Kilda, thinking they might bring with them the infectious disease smallpox. She can recall getting a smallpox vaccine along with her sister, and she had the scar left on her upper arm for many years.

With such a large family to feed, life must have been challenging for Margaret's parents, but Margaret recalls, "mother always managed and made do. We had rationing of course, I remember tea and butter being rationed. I can also recall times when we had trouble with the supply of gas, and my mother having to do the washing outside at night time."

One of Margaret's jobs was to walk to Rubenstein's grocery store and purchase tinned fruit, a special treat that was in short supply during the war. She would take the pram with her youngest sibling along with her. Sunday nights the family would all gather around the kitchen table and listen to stories or plays on the radio. "That was real togetherness, a real treat."

On Saturday afternoons Margaret and her siblings would often go to the local Astor or Windsor Theatre to watch a matinee. She recalls sometimes seeing news about the war in the newsreels that would play before the feature. She has specific memories of seeing the Andrews Sisters in some of the features dressed in war-time uniforms. It was a memory that stuck with her because unlike most of her friends, Margaret really did not care for their singing!

"I can remember the day we were told the war was finished. We were let out to play and I remember jumping and running around the playground so happy."