Growing up, sisters Amelia and Barbara had a very happy childhood. Their house was never empty, with their two brothers and numerous cousins, aunts and uncles always around.
Amelia remembers having water fights during the summer that would leave the front passageway of their Port Melbourne home covered with water. Despite this, 'mum was never mad', she recalls. Barbara remembers going to school with jam sandwiches for lunch, while other kids had meat. 'We didn't have a lot', she reflects, 'but we didn’t go without'.
When the war started, the sisters were students at Nott Street Primary School. The war wasn't spoken about in their home, despite the fact that Amelia and Barbara's father, Robert Currie, enlisted alongside his two brothers 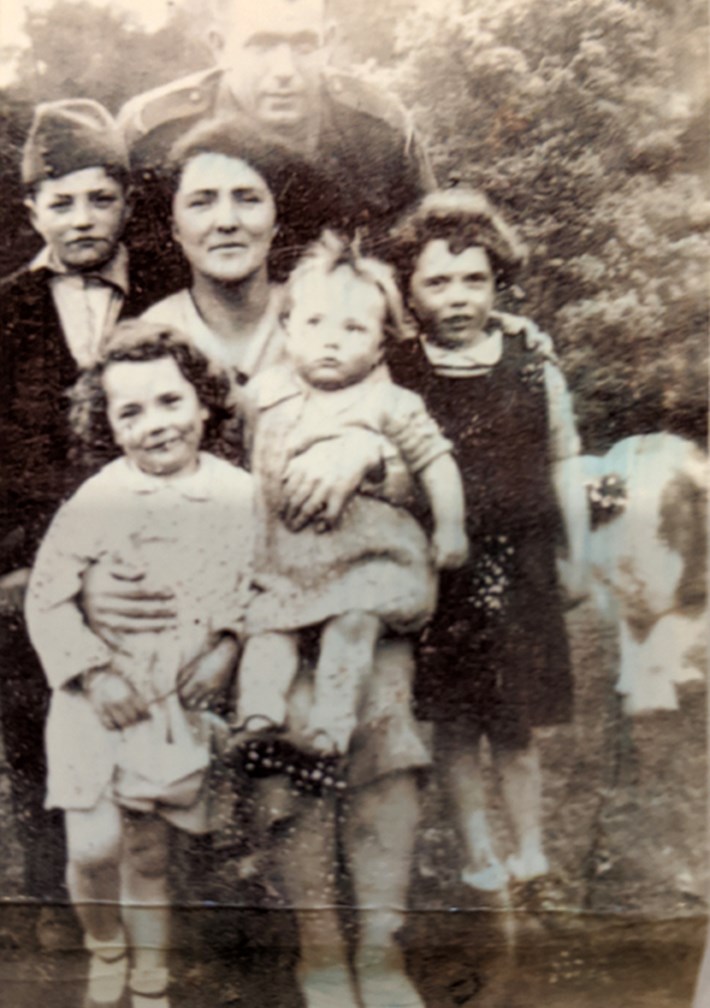 Amelia and Barbara Currie with their parents and siblings

Amelia remembers the rationing that came into effect during the war years, and how fast the ration book would run out in their house. She recalls her mother used to go to the South Melbourne Market late to get the bargains at the end of the day and would make use of the local 'black market' on occasion, when supplies were low. The local community looked out for each other.

As the war progressed, fear began to grow that Australia might be invaded or bombed by Japan. Amelia remembers air raid shelters were dug in Raglan Street close to their house, but they were warned not to go near them.

"When they thought the Japanese were coming, we weren't allowed to have any light at night. We covered the windows with paper because we were close to the Port. My sister and I slept together in a big bed and we were scared of the dark."

The children were sent to live with their grandmother in Mount Evelyn when it was thought that invasion was imminent. They took the train there and stayed for a few months, even attending school locally for a short time. Their mother stayed behind in Port Melbourne, but Amelia recalls that their father came to visit.

"But he was AWOL [absent without leave] at the time, and he was arrested and taken back to the camp by his brother, our uncle Frank, who was in the military police. I have a photograph of us kids and grandma, and someone has added a picture of Father into the back of it."

The girls returned home to Port Melbourne and the war soon ended. Their uncles returned, but their father did not.

"We weren't told he was killed until later. I wasn't told until I was about 16 that he was killed in New Guinea. As children we weren't thinking about it because we had a lot of people around us. I can remember Mum crying and we would give her cuddles, and she'd just tell us she would be okay and to go and play."