The Port Phillip City Collection, dating from 1855, celebrates the social, cultural, political and artistic development of the City of Port Phillip and its former municipalities of Port Melbourne, South Melbourne and St Kilda.

The Art Collection comprises historic works dating from the mid-1800s and contemporary artworks by artists who have lived or worked in the City. It recognises the diverse people, perceptions and places and describes the unique character of the City. Over time this Collection has been an indicator of the City’s diverse urban character and the significant creative output of the local community.

The artworks in this walk date from the c1860s.

The Parks Circuit walk is available from 28 January to 6 June 2022. 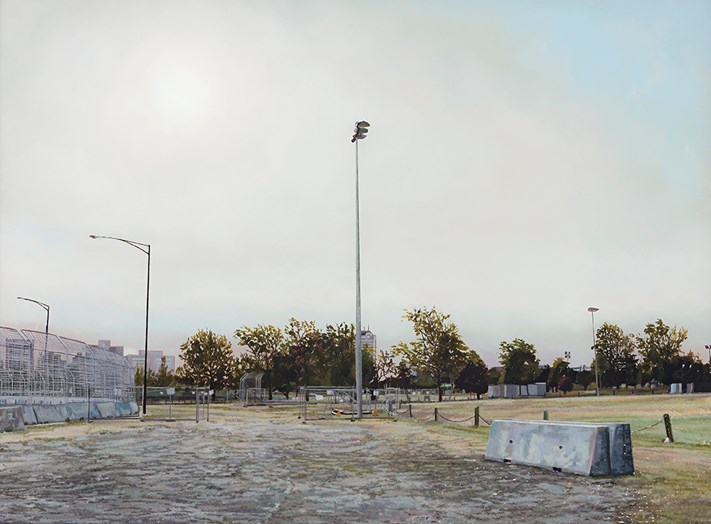 David Jolly’s paintings intimately chronicle the world around him. Jolly begins the process by gathering photographic and video documentation. He then paints selected scenes onto glass panels. Park reflects Jolly’s ongoing fascination with urban markings and their environment. It depicts the site of the Australian Grand Prix at Albert Park.

Avoiding the race itself, the painting focuses on its provisional structures - the metal fences and concrete hoardings - against a backdrop of the local park landscape and distant architecture.

Find out more about David Jolly. 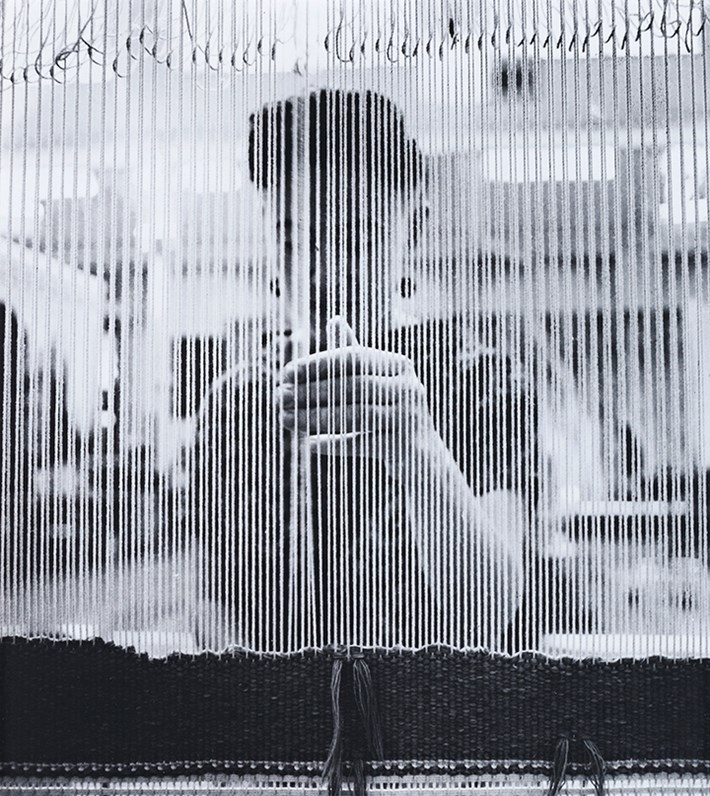 For over 20 years Martin Kantor found remarkable ways to document his subjects in a unique and creative fashion. He captured the very psyche of his subjects with results that are at times sublimely beautiful, as demonstrated in this intimate image of a weaver at the Victorian Tapestry Workshop, and at others unnervingly honest.

Since its establishment in 1976, the Australian Tapestry Workshop (ATW) has built a worldwide reputation for the creation of contemporary tapestries in collaboration with living artists and architects. During this time the ATW has woven over 500 tapestries, which hang in significant public and private collections both nationally and internationally.

Find out more about the Victorian Tapestry Workshop. 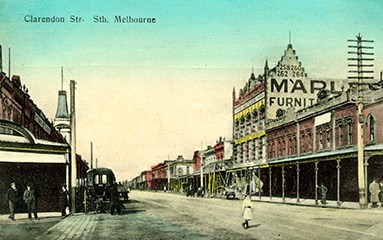 Situated in the heart of South Melbourne, Clarendon Street is a direct link between Melbourne's city and the City of Port Phillip. This early 20th century postcard shows a view looking south from the Coventry St corner and depicts the Maples Furniture Store, Drapers and a horse and carriage. The publisher of this postcard is Lindsay and West, South Melbourne.

Explore Clarendon Street and Coventry Street, which offer a mix of food, independent boutiques and specialty homeware and cookware stores including: 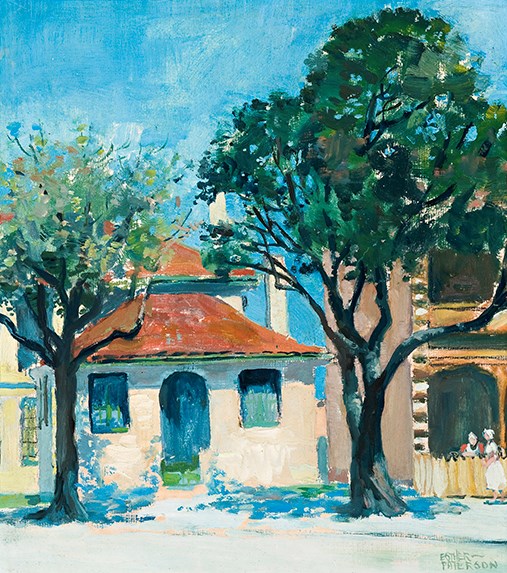 Esther Paterson was educated at Oberwyl school, St Kilda, and studied painting at the National Gallery of Victoria school. Paterson was introduced to the Melbourne art scene from an early age. Her father, Hugh Paterson, and her uncle, John Ford Paterson, were both artists. During the 1950s, Esther lived in South Melbourne.

The City of Port Phillip holds several works from this time that depict local landscapes and street scenes. Read the full biography of Esther Paterson. 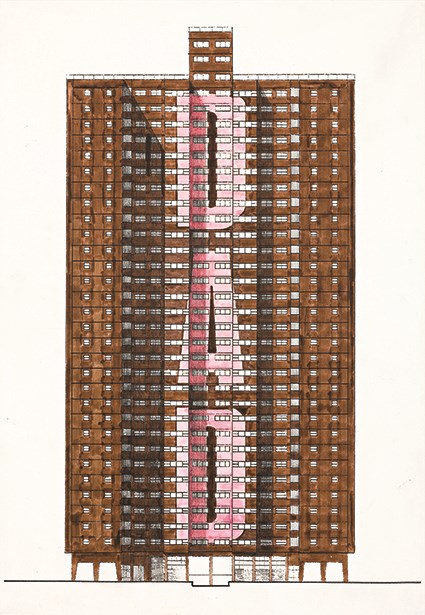 Moreton’s work is concerned with the encounter between the reading of architecture and its effacement by signage. This artwork explores the emotional and social impact of the built environment and draws upon notions of history, absence, drama and humour.

Untitled 1992 is from a series of works in which Morton applies colour and pattern or text to the façade of public housing buildings. The monumental size of the text 'Dad' splattered across the tenement building in such a publicly visible way speaks to the broader issues associated with public housing.

Find out more about Callum Morton. 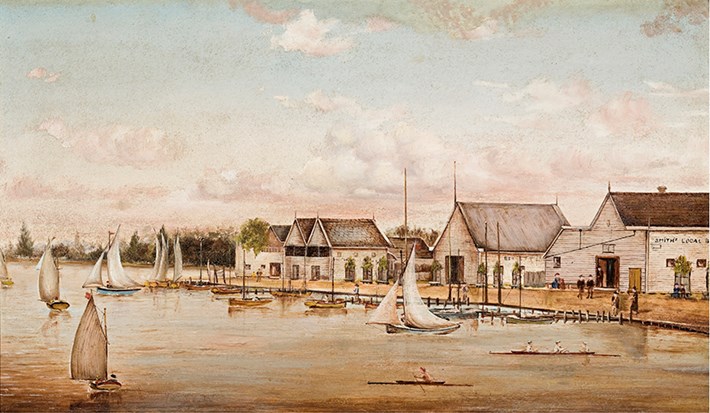 Albert Park was originally part of the extensive Yarra delta, which involved areas of wetlands and sparse vegetation interspersed with lagoons, including the lagoon from which Albert Park was created. The area was occupied by the Boonwurrung people for 40,000+ years prior to European settlement.

From 1835 onwards, much of the Yarra River delta was drained to enable agriculture, housing and grazing. In 1864 the area was officially proclaimed a public park and named Albert Park after Prince Albert.

By 1875, areas of the park along Queens Road and in St Kilda were sold off for housing and other uses, reducing the park by nearly half. Through much of the late 19th century allotments were allocated for sporting facilities such as football, tennis, bowling, cricket and boating. In 1890, water was diverted from the Yarra River to help fill the lake.