In September 2019, the City of Port Phillip declared a climate emergency, stating climate change poses a serious risk to Australians, including those living in Port Phillip – and should be treated as an emergency.

Read about the climate emergency declaration.

The City of Port Phillip is one of only five local governments in Australia to achieve compliance with the Global Covenant of Mayors for Climate and Energy (GCoM) Common Reporting Framework for climate reporting.

Other achievements, projects and actions can be read about in our Annual Reports.

How are we reaching zero net emissions?

Council’s emissions mostly come from our fleet vehicles and energy use in our buildings and streetlights.

We’ve been able to achieve this reduction in emissions by:

Where do Council's emissions come from? 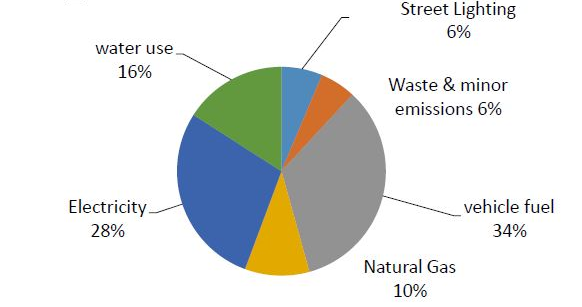 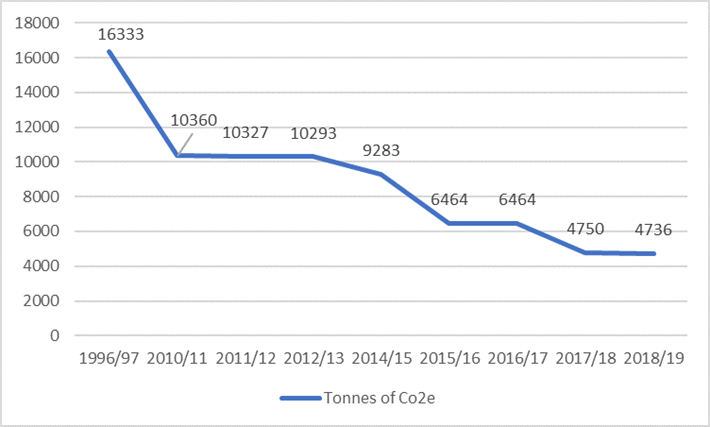 Council has been recognised for its Sustainability leadership in the following awards.

Sustainable Cities Awards Environment Winners of the Waste award for our Glass recycling trial and the Indigenous Culture Award along with the Boonwurrung Land and Sea Council for our ‘We-akon Dilinja’ dawn ceremony on Australia day. We also received 'Highly commended' for our Alma Park Stormwater Harvesting Scheme and Summer Rangers program.

Winners of the Government category in partnership with the City of Melbourne, City of Moreland, and City of Yarra for our role in the Melbourne Renewable Energy Project.

Following the success at the Victorian CitySwitch Awards, we were in the running for the National Awards. The project partners were announced as winners in Sydney in November

The City of Port Phillip, together with five other councils, received the 2017 LGPro Awards for Excellence Sustainability Award for introducing a joint Environmentally Sustainable Development Policy – planning reform for a sustainable future.

South Melbourne Market won the ‘Environmental Sustainability Award’ at both the IPAA Victoria
Leadership in the Public Sector Awards and the LGPro Awards for Excellence.

South Melbourne Market also received the Hospitality sector and Overall Winner awards at the Facility Management Innovation Awards. This was the result of the numerous sustainability practice innovations introduced at the market including recycling, food rescue, waste and water management and water monitoring.