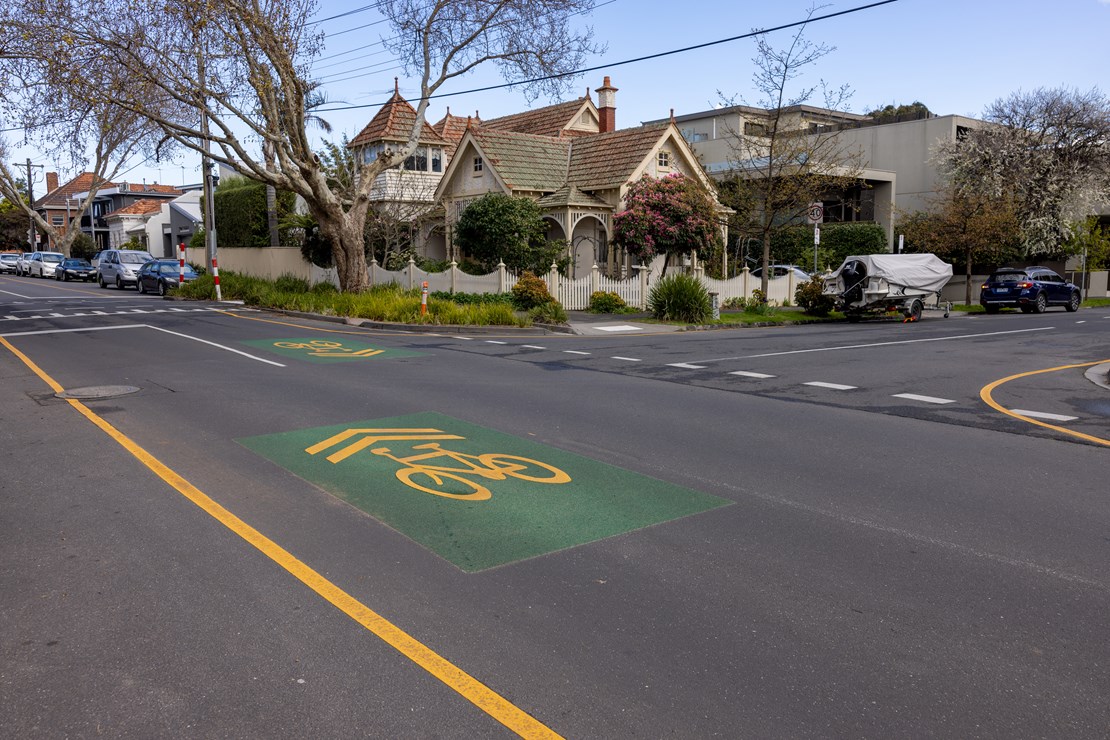 Pop-up bike lane reviews and removals are on the way after the Department of Transport’s (DoT) response to our Council’s request for changes was supported at the 7 September Council Meeting.

Our Council also incorporated some additional requests into our formal response to the DoT.

This is a great start to responding to concerns about elements of the pop-up bike trial voiced by our Council and some members of our community. We thank the DoT for working with us to achieve the best possible outcomes for their project.

The DoT has funded and delivered 38 kilometres of pop-up bike lane routes within Port Phillip as part of its inner Melbourne pop-up bike lane trial aimed at improving local connections and access for bike riders travelling to and from Melbourne’s CBD.

Supports the DoT’s proposal to work with Council on alternative designs to address bike safety on Bridge Street, Port Melbourne

Supports the DoT’s proposal to monitor the current trial treatments on Westbury Street, St Kilda East, and to work with Council Officers to explore alternative designs, and requests that any concept requiring the removal of on-street parking spaces would be brought to Councillors immediately and for community consultation to be undertaken  prior to any implementation

Requests that DoT reviews the treatments of dedicated left turn lanes from minor roads in the City of Port Phillip during the implementation of the rollout of the recent DoT Pop Up Bike Lanes, such as the ones in Dickens Street at Brighton Road in Elwood, Mitchell Street at Carlisle Street in St Kilda, and Blessington Way at Carlisle Street in St Kilda, and, where these and other left turn lanes removals have resulted in a loss of safety to pedestrians, cyclists and motorists, seek agreement from City of Port Phillip for the removal of these treatments and reinstatement back to the original conditions

Supports the DoT’s proposal to improve the visual amenity at Lyons Street, between Bridge Street and Esplanade West, with a focus on kerb and bollard removal

Supports the DoT proposal to continue to engage the community

Requests an update on implementation of the delivery of the DoT proposals as soon as possible and no later than December 2022.