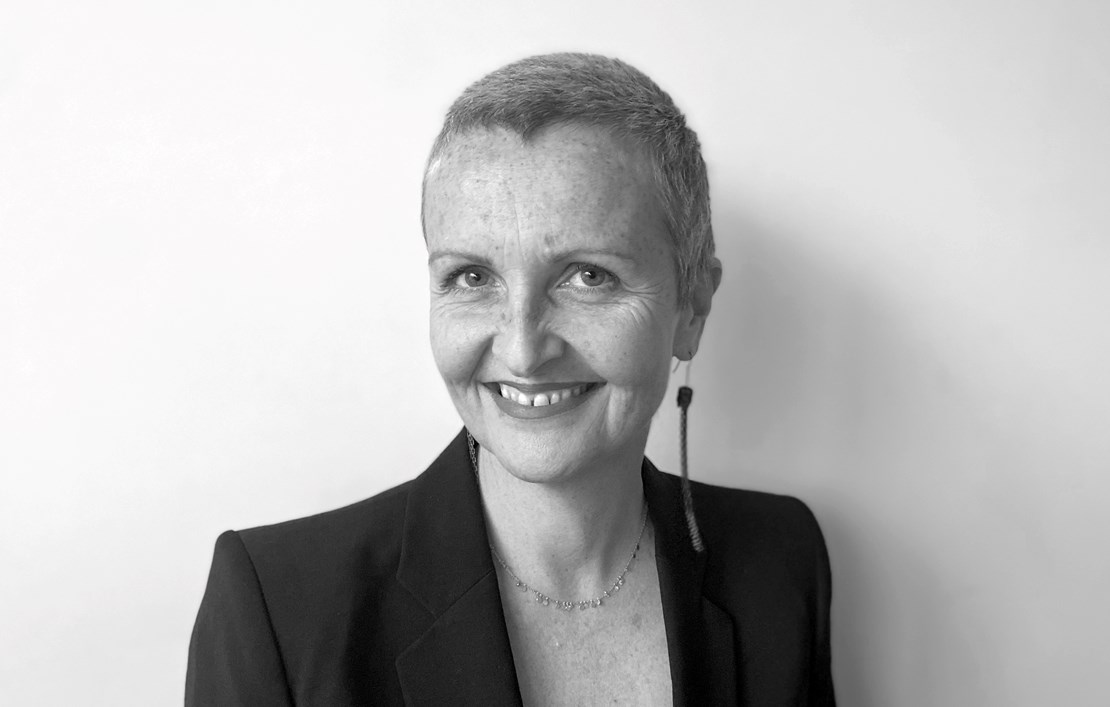 Dr Emma Jackson’s winning entry, Time Shouts, is a provocative two-part floor and wall digital tapestry design where thoughtful research and mapping reveals “the story of the period of time between present day to the breakup of the ancient Gondwanan continent”.

Presented by the Australian Tapestry Workshop, the Prize is supported by Metal Manufactures Limited, Architecture Media, Creative Victoria and the City of Port Phillip.

The Australian Tapestry Workshop hopes the exciting winning design can be realised in tapestry form by its highly skilled weavers.

Emma created the work at home under the auspices of her multi-disciplinary design practice, Ground Under Repair, which specialises in large-scale public art. RMIT Masters students Abigail Li Shin Liew and Riley Pelham-Thorman and RMIT graduate Eilidh Ross helped draw her work up.

While having worked extensively as an architect, she feels her designs now fall within the wider concept of a geo-cultural architect.

“The mapping which brought Time Shouts to life is about being more mindful of the ground we are planning to build on – the stories and Indigenous languages that were present there in the past,” she said.

About 140 designs from 23 countries were received for the 2021 Award, with an expert judging panel selecting 15 finalists, including the winner.

Emma believes an architect’s ability to focus on details is a valuable tool in the creative process. “This specificity can help you see things which others might miss and bring an extra mindfulness to art.”

While COVID-19 restrictions prevent visitors from seeing the finalists’ digital designs at the Australian Tapestry Workshop in South Melbourne, they can be admired online at Tapestry Design Prize

Voting is open online until 12 November for the $1,000 People’s Choice Award.

Meaning behind the winning design

Dr Emma Jackson shares the many meanings woven into her winning digital design:

‘Time Shouts tells the story of the period of time between present day to the break-up of the ancient Gondwanan continent. This part of Australia is often referred to by Geologists as the Tasmanides, but its exact location and even its existence is contested. It could be said that the eastern boundary of this tapestry is the mythical coastline of Gondwana.

This is the youngest part of Australia and came into existence in the last million or so years. Another perspective is that it arrived 4 billion years late. It takes its current shape after the collision of several microcontinents. These Jurassic travellers (shown in the brighter flourishes along the present-day coastline) bumped into the old coastline of Gondwana, and with great song and dance disrupted the ocean floor, forming faults, folds, and volcanic eruptions. This is a young, volatile and still active part of our continent.

Aboriginal dialects were overlaid onto this unsettled juvenile landscape to examine their relationship. The results evidence a culture that fundamentally understands the ground and its behaviour over time. Time Shouts presents over 60,000 years of respectful custodianship in a clear unarguable form. At a time when the natural ecosystems of our continent are disappearing due to collective ignorance, we could question what and how we build. ‘Time Shouts’ calls time out; the answers hide in plain sight.

Colour plays a decisive role in the development of the tapestry design. A provocative shift to change the way we think about ground and water. The oceans and rivers are pink. Blue, the colour usually attributed to water, is the colour of the youngest sedimentary ground. The younger the ground, the darker the blue. This flies in the face of geological convention, but these maps convey cultural, not economic value. This inversion was a deliberate attempt to key into, and challenge traditional mapping representations; blue representing more fluid behaviour and pink being more mystical.

Like the geological maps, there are inconsistencies between maps of Indigenous Australian groups and languages. This mapping doesn’t claim to depict the exact location of either geology or culture, its intent is to reveal the relationship between the two. Boundaries between different Indigenous cultures and languages are not depicted by lines, but by a loose spray and woven in a metallic thread. The HI-VIZ yellow lines highlight faults and illustrate the structural behaviour of the ground over time. In the tapestry, they may continue beyond the edge, as if this part of Australia has been ripped away, not come away cleanly. It was also an attempt to give a perceptual tactile hierarchy to the different elements regardless of all being made from the same thread.

Time Shouts is a banner of hope that could foreground some important conversations about the way we occupy ground through time. As architects we should take the time to understand the story of the continent we are pouring footings into’.

This article is featured in the September edition of Divercity.

Divercity brings you the latest City news, what's on, service updates and local exclusives, such as discounts and freebies.

To keep up to date with news about your City and Council, sign up now.